Mites of the family Tenuipalpidae have a worldwide distribution and can be found on many cultivated plants. Several species have been reported, especially by growers of greenhouse ornamentals.

Tenuipalpidae are known as false spider mites because they closely resemble spider mites (family Tetranychidae) or as flat mites because their body is rather flat compared to other mites. Most species that cause damage to cultivated plants belong to the genera Brevipalpus and Tenuipalpus. The most common species are Tenuipalpus pacificus, which causes damage to orchids and Brevipalpus phoenicis, Brevipalpus obovatus and Brevipalpus californicus which have an almost worldwide distribution and many host plants.

Most false spider mites (Tenuipalpidae) are brick-red to yellow in colour. They have the same body shape as spider mites but are usually smaller. The different species all look very similar. False spider mites pass through the same developmental stages as spider mites: egg, larva, protonymph, deutonymph and adult. They move slowly and are mostly found along the veins on the underside of leaves. The mites are flattened and egg-shaped when seen from above, with their dorsal surface showing a net-like pattern. The eggs are a clear red colour and elliptical in shape. They are laid in a fold in the leaf or along the mid-vein, often in dense clusters of several hundreds.

False spider mites (Tenuipalpidae) are usually found on the underside of leaves where they cause a brown, scabby discolouration spreading from both sides of the main vein into the leaf blade. The damage often leads to premature ageing of the plant. In some crops, plants can become misshapen, presumably because the mites secrete a substance while feeding, that is poisonous to the plant. In places where mites have been feeding, collapsed patches can often be found. The false spider mite (Brevipalpusphoenicis) also feeds on fruits of for instance citrus, papaya and pomegranate. Several Brevipalpus species are known to transmit plant viruses. Unlike most true spider mites, false spider mites (Tenuipalpidae) do not produce webs. 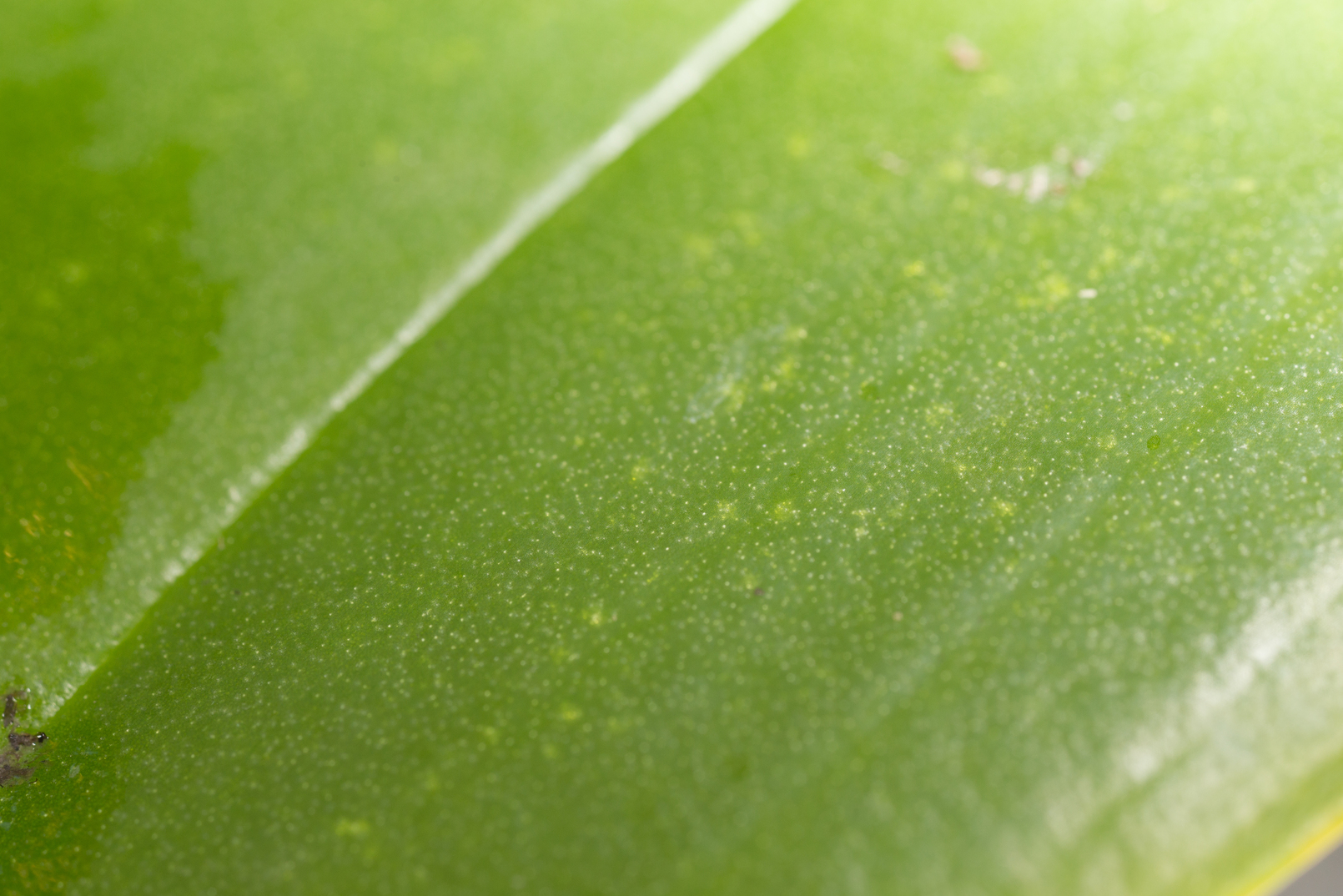